Google Cloud Platform outage leads to 4 hours downtime. Take care of IT Resilience and Business Continuity of your company with Hystax.

Google Cloud Platform outage was reported on June 2nd and lead to 4 hours downtime. Multiple Google services were inoperable or showed slow performance or intermittent errors. While blackouts like this are not sustainable in the long term, they’ve happened more than once for Google as of late. YouTube faced downtime in October, for instance, while Google’s general administrations failed in November because of a steering issue.

Even though the issue was resolved it might cause a four hours downtime for companies who choose GCP as a part of their IT infrastructure and depend on one service for their ability to operate. A disaster can occur not only in case of even most popular platform like Google Cloud outages but by other internal and external reasons: application failure, human error, power outage, environment, theft, fire, impact of virus attacks, etc. Average loss within one hour of an outage can be up to a few million. 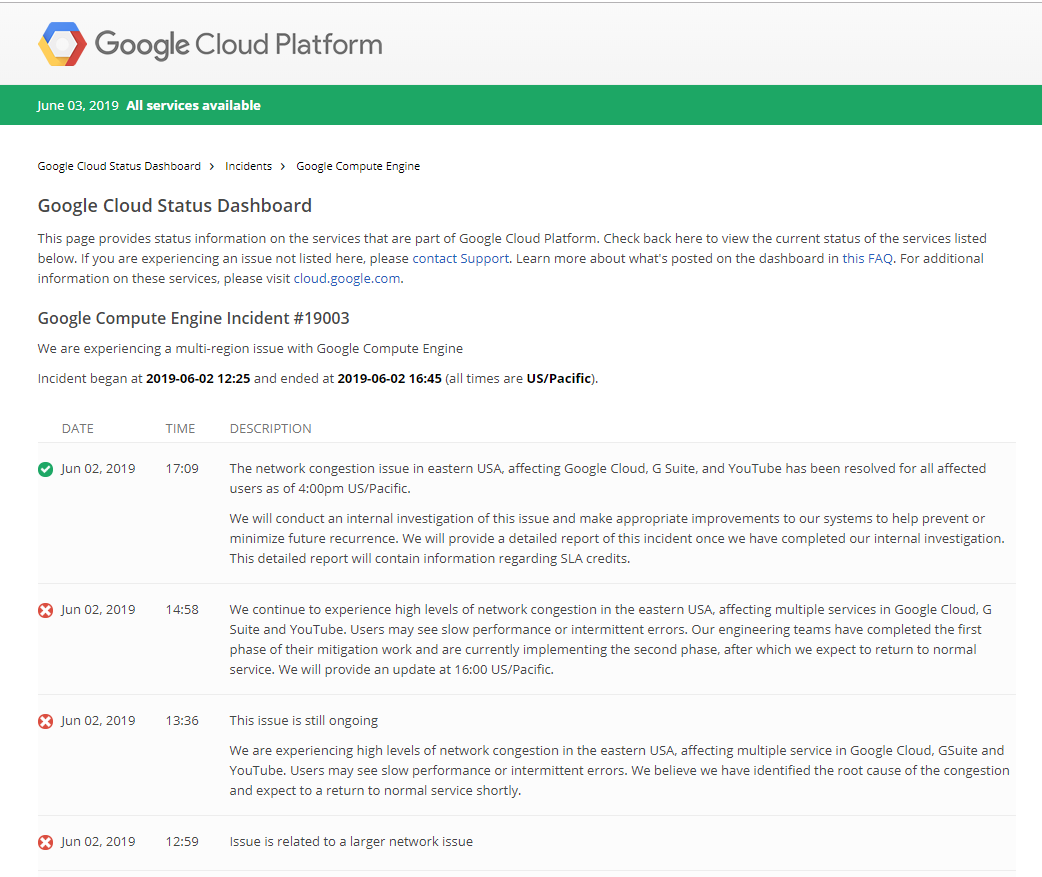 That proves why disaster recovery and multi-cloud strategy is crucial for business. Disaster Recovery plan helps companies to take care of their IT resilience and business continuity. Hybrid cloud strategy enables companies to avoid such kind of risks, to prevent any downtime and data loss, by moving customer’s critical content and workloads to multi-cloud infrastructure. Hystax allows to build cloud backup and Disaster Recovery solutions between different cloud platforms and both on premises and on the cloud. Sophisticated Hystax multi-cloud approach can be advantageous to the company’s Disaster Recovery strategy, if one site/cloud is down, you can stay productive on another platform and to keep data safe.

Hystax was founded in 2016 by a seasoned team of entrepreneurs and engineers with a mission to address digital transformation challenges by introducing hybrid cloud management platform with a focus on IT budget control, hybrid cloud enablement, live cloud migration and IT Resilience. The platform combines substantial capabilities into a unique product offering that helps businesses keep IT costs under control, forecast and optimize monthly spending, manage workloads by seamless cloud migration and business continuity.