Kubernetes performance issues and how to handle them

Kubernetes, the open-source container orchestration software, is dominating the world of containerized applications by holding by far the largest amount of its market share. And there are a lot of reasons for that. Kubernetes drastically extends the capabilities of software for containerization-enabled environments such as Docker. It simplifies the management of deployment, network routing, resource utilization, load balancing, the resiliency of running applications and many more.

However, this solution will not work effectively on its own without proper preparation and additional configuration, as every newly created cluster doesn’t have an optimal performance by default. There are always subtle difficulties and nuances of Kubernetes’ implementation and operation, as well as the problem of suboptimal use of its advantages, which ultimately leads to the loss of money. In this case, representatives of IT teams must possess enough experience, methods and instruments to define misconfiguration and bottlenecks, but at the same time, there is a global shortage of expertise in Kubernetes on the market, because at this time the popularity of K8s is overtaking the level of knowledge about it among technical specialists. 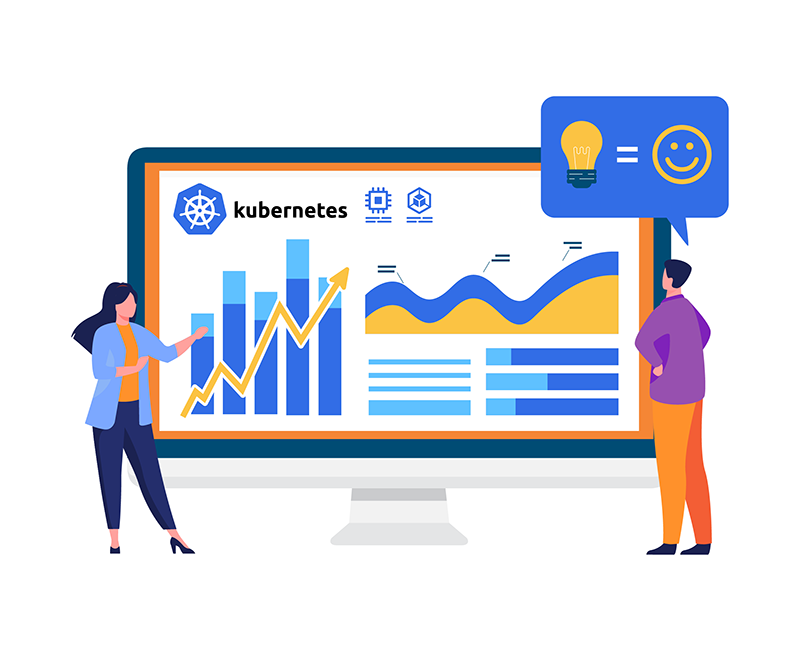 Based on the research conducted by Circonus, the top four Kubernetes performance issues are:

It came as no surprise as those issues largely stem from the peculiarities of the technology and the lack of expertise and experience when working with this platform.

At the heart of Kubernetes there is a scheduler that places containers on nodes. Simply put, it’s like packing boxes of different sizes with items of different sizes and shapes. From that point of view, the scheduler needs to know the exact capacity of nodes as well as the size of each container being placed on those nodes. The failure to do so results in over-provisioning the nodes and serious performance problems.

How to address Kubernetes performance issues

The most efficient – and, at the same time, the most challenging – way to tackle K8s performance issues is definitely to increase the observability of the platform in order to help you understand which of the collected metrics you need to keep an eye on in order to identify the root cause of certain issues. In fact, Kubernetes provides you with numerous metrics, and the majority of them are an important source of insights into how to use the platform regardless of how you actually run it.

Open-source monitoring systems like Prometheus can be a great help in visualizing your Kubernetes costs. And with the help of an exporter standalone program it’s possible to translate node metrics into the appropriate format and send them over to the Prometheus server. By installing it onto every node of your cluster, you’ll be then able to get access to dozens of metric categories, the most important of which are related to CPU, disk, memory and network usage.

Despite the fact that we have narrowed the range of the studied metrics to four categories, at this stage it will still be difficult for us to understand which indicators are paramount for us. Since Kubernetes is an example of a complex system, we should take the path of simplifying abstractions around the categories of interest to us. Subsequently, this will help us analyze not only node metrics, but in general all Kubernetes metrics.

The most common methods for simplifying abstractions are:

Latency – the time it takes to service a request.

Traffic – a measure of how much demand is placed on your system, measured in a high-level system-specific metric.

Errors – the rate of requests that fail, either explicitly, implicitly, or by the policy.

Saturation – how “full” your service is.

It turns out that it is not enough to have extensive information about the resources on the nodes in the Kubernetes cluster, it is also important to be able to analyze it. For example, analyzing resources (such as CPU, disk, memory, and network) through the lens of usage, saturation and errors (USE method) can give us an understanding of how resources are being spent and allow us to further optimize and scale their use.

Once your IT team figures out what resources are underutilized and overutilized, they will be able to define the optimal storage limits, the optimal CPU and memory size for cluster nodes, and the optimal nod pools for every node, which in turn will allow them to analyze Kubernetes costs and analyze its performance.

Regardless of how successfully you monitor and analyze your Kubernetes resource usage, there are a number of best practices to follow to help you get the most out of the platform.

To give it a try, you can have a free trial; no credit card needed → https://my.optscale.com/register

Engage your engineers in FinOps and cloud cost savings